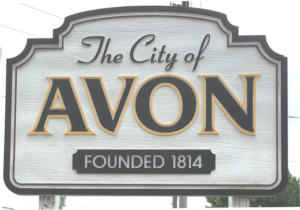 Avon, Ohio, became a city in 1961, and its population has grown from 6,002 to more than 22,000 today. The Northgate subdivision, near Northgate Park on State Route 611, was the first large-scale housing project in Avon, breaking ground in 1954, and ranch houses were offered for $15,950. The city-wide mean housing prices for 2016 were $169,909, a great reflection on how Avon has become a desirable community.

As the demand for housing increased, the city began experiencing growing pains. A primary concern was a sewage treatment system and in 1968, the state of Ohio imposed a building moratorium on Avon. By 1973, however, the cities of Avon, North Ridgeville and Sheffield Village agreed to build the French Creek Wastewater Treatment Plant, which opened the door for a local construction boom. Today, there are more than 8,000 houses and condominiums in Avon.

With many residences having been constructed in the 1970s and subsequent years, it makes them prime candidates for home additions in Avon as lifestyles have demanded more residence amenities—with various benefits. For instance, a three-bedroom home with two bathrooms is much more marketable that one with a single bathroom, let alone the convenience a family realizes with the second bathroom.

But a bathroom addition is not only top of mind. Additions can range from dormers, bays, and bump-outs to sunrooms, three-season rooms and master bedrooms. That doesn’t even include adding a second floor or turning an attic or garage into an in-law suite.

As you can expect, your dream and your budget are the top concerns for your project. If your family has grown, you need space for a new baby, a parent or two or maybe you are just tired of being cramped, here are some ideas to consider:

Bump-outs can easily add space to an existing room and may cost $5,000 for an average 2-foot extension to $30,000 for a 4-foot extension. Examples include adding a window seat with book shelves or extending the kitchen to add more counter and cabinet space.

Another possibility is to bump-out an existing half-bath, allowing another 6 or 7 feet to add a shower or bathtub, making it a full bathroom.

Dormers can add to existing space and enhance a home’s curb appeal. Cape Cod homes often make use of dormers, but ranch houses as well can utilize the design. Dormers not only add head room, but allow natural light to flood formerly dimly-illuminated areas.

Modest dormers of about 150 square feet can range in cost from $15,000 to $20,000 since they often include new framework, flooring, walls, windows, and electrical work.

Sunrooms are unheated spaces, usually with extensive screens or windows to allow light to bathe the room, offering an ideal spot for plants and for enjoying good weather. Such projects are simpler to build, since they do not require heating and cooling systems, which also saves on costs.

If you’ve always wanted a master bedroom with a walk-in closet, then make that your goal and plan a design and budget. A master suites addition is not inexpensive, but they are less expensive than selling your home, purchasing a new one and moving in. Plus, a master suite is a solid investment when it comes to selling your house, likely to impress many prospective buyers.

Current trends are for master bedrooms on the ground level, often with a doors opening onto a patio and garden area.

However, if you don’t have the space to expand on the ground floor, a second floor addition may be the next option. While again not inexpensive, it could accommodate the master bedroom suite, extra bedrooms or a guest suite—doubling your space. A major issue, however, is if the house has sufficient structural strength to hold the second story.  Some underground piers placed at strategic positions may be needed, which adds to the cost.

Whatever the complexity of your home additions in Avon, you can trust Sciarappa Construction. With our teams of experienced designers, architects and construction professionals, you will receive multiple design-build and remodel solutions.

Ideas for remodeling in Rocky River

Ideas for remodeling in Bay Village

Ideas for remodeling in Avon Lake